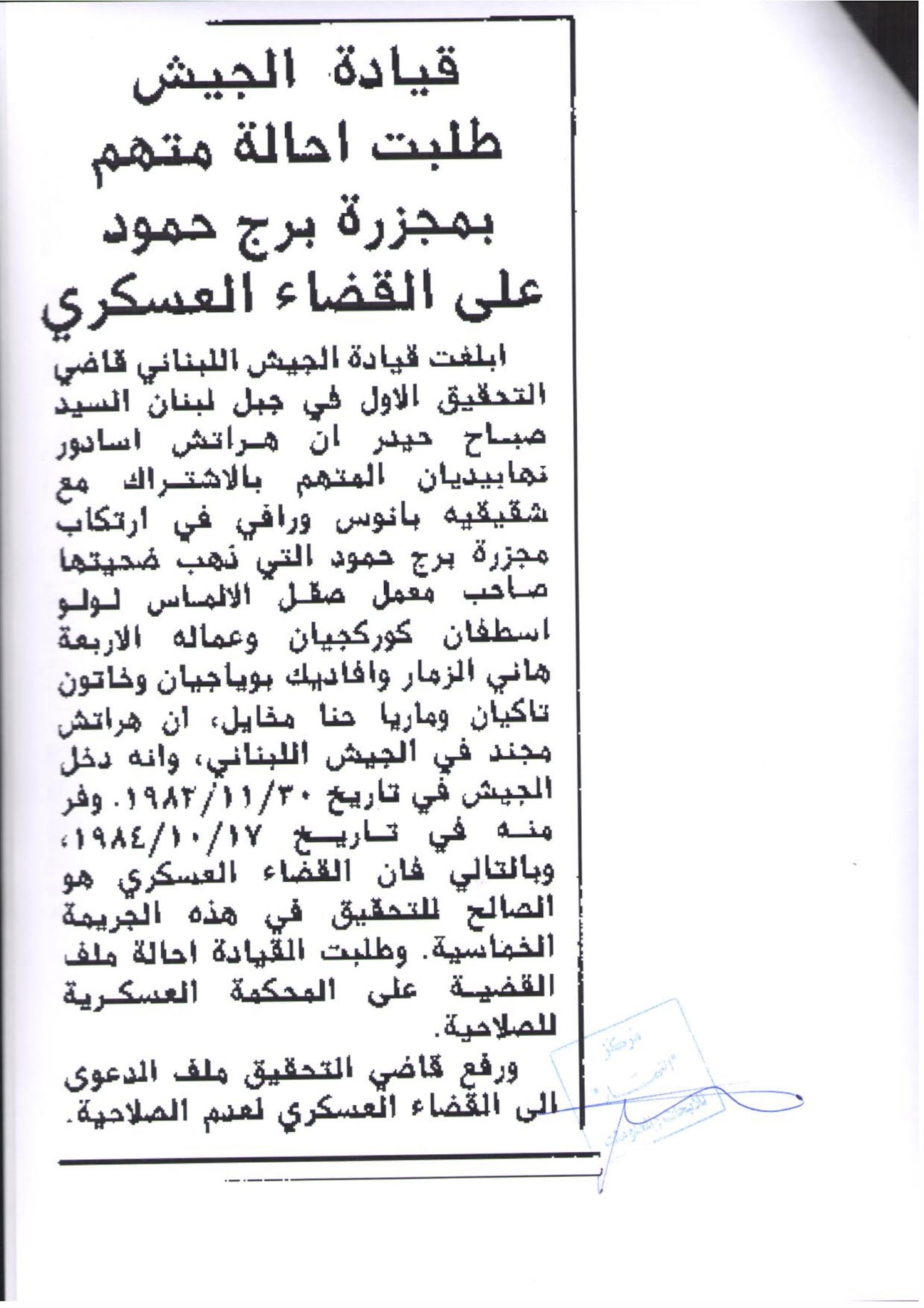 The Lebanese Army Command informed first examining magistrate in Mount Lebanon Sabah Haidar that Hratch Assadour Nahabedian accused of involvement with his two brothers Panos Assadour Nahabedian and Rafy Assadour Nahabedian in the Burj Hammoud massacre that took the life of diamond refinery owner Hrant Kurkdjian and his four workers Hani Zemmar, Avedik Boyadjian, Khatoun Tekeyan and Maria Hanna Mekhayel, was a conscript in the Lebanese army. He enrolled on the 30th of November, 1982, and deserted the army on the 17th of October, 1984. Subsequently, military justice is to be applied in the context of the five-person murder. The Command asked for the referral of the case to the Military Court.

The examining magistrate referred the trial case to military justice for lack of jurisdiction.