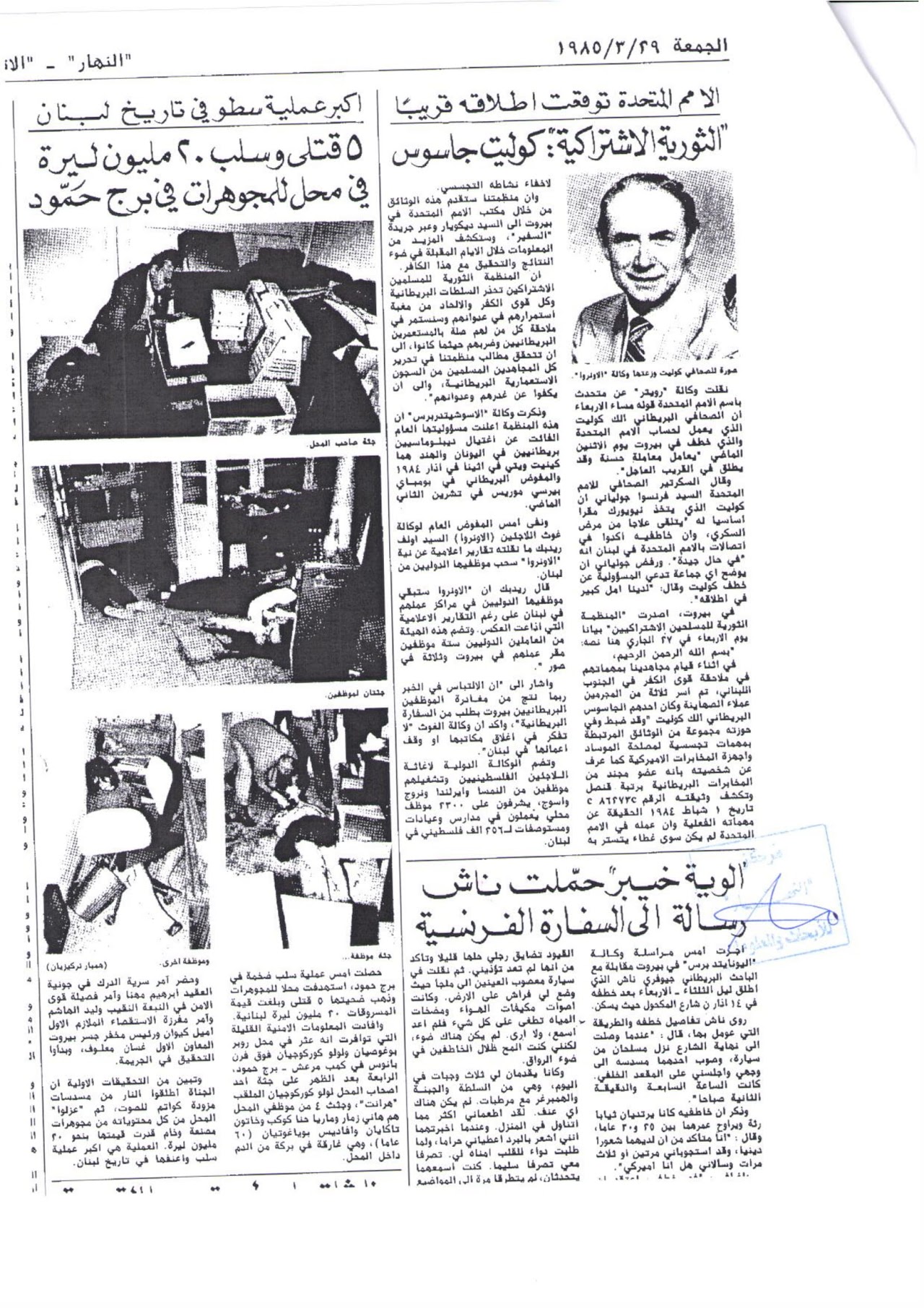 The little information found after the investigation led by the security forces showed that the body of one of the owners of the business Hrant Kurkdjian, located above Panus bakery in Camp Merach – Burj Hammoud, was found. The bodies of 4 employees, Hani Zemmar, Maria Hanna Mekhayel, Khatoun Tekeyan, and Avedis Boyadjian, were also found lying in a sea of blood inside the store.

The preliminary results of the investigation showed that the perpetrators had opened fire using suppressed pistols, before “emptying” the store of all sorts of jewelry, crude and refined, estimated at 20 million lira. This is the biggest and most violent robbery job Lebanon has ever known.